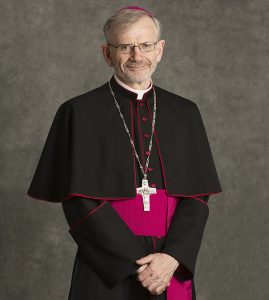 Bishop Alan McGuckian was born in 1953, the youngest of six children of the late Brian and Pauline McGuckian in Cloughmills, Co. Antrim.

Schooling in Cloughmills and in St MacNissi’s College, Garron Tower was followed by a year of First Arts in Queen’s University, Belfast, where he studied Irish and Scholastic Philosophy.

In October 1972 he joined the Jesuit novitiate in Clontarf in Dublin. His training for the priesthood involved Philosophy in the Milltown Institute in Dublin and Theology in the Toronto School of Theology.

After ordination to the priesthood in 1984 Bishop Alan worked in secondary education for four years in Clongowes Wood College. In the 1990s he ran the Jesuit Communication Centre in Dublin. During this period he was involved in setting up the web sites www.sacredspace.ie and www.catholicireland.net. Along with Mr Tony Bolger he set up Church Resources and Church Services TV. San am céanna bhí sé ag obair in earnáil na Gaeilge mar Eagarthóir ar An Timire agus Foilseacháin Ábhair Spioradálta.

Bishop Alan served for a few years as Chaplain in the University of Ulster at Jordanstown and Belfast.

In recent years a key element of the work of the Living Church has been the rolling out of Facilitative and Discerning Leadership training which aims to foster a culture of co-responsibility for the mission of the church between clergy and laity.

Bishop Alan was appointed Bishop of Raphoe on the 9th June 2017 (Feast of St Colmcille) and was ordained Bishop on 6th August 2017. 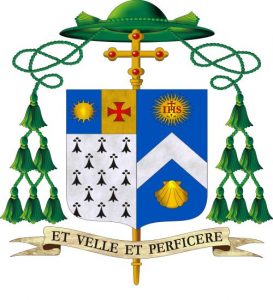 The left half of Bishop Alan’s crest is the arms of the diocese of Raphoe which dates from the Middle Ages: the sun is a symbol of God in many religions but especially, for us, of Christ who was foretold as the ‘rising sun of righteousness’ (Mal. 4:2, Lk. 1:78). The Red Cross is one of the many forms of the chief Christian symbol of salvation. The ermine symbolises royalty; Christ is King.

The right half includes, on a blue background, the seal of the Society of Jesus and the scallop shell of the pilgrim of Santiago. In Catholic heraldry the chevron stands for the rafter that holds up the roof of the church. Here it represents Mary Mother and protector of the pilgrim Church on earth. The argent (silver) denotes her transparency or purity.

The motto ‘Et velle et perficere’ represents a powerful section of Chapter 2 of the Letter to the Philippians:

‘It is God for his own loving purpose, who puts both the will and the action into you. Do all that has to be done without complaining or arguing and then you will be innocent and genuine, perfect children of God among a deceitful and underhand brood, and you will shine in the world like bright stars because you will be offering it the word of life.’ (Philippians 2:13-16)

From the Bishop's Desk 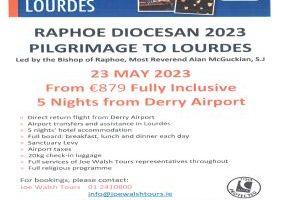 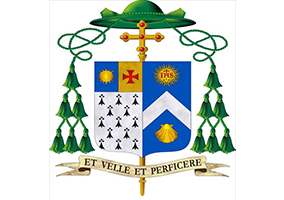 Bishop McGuckian, SJ, thanks all those who have accepted these new appointments in the Diocese. Very Rev James… 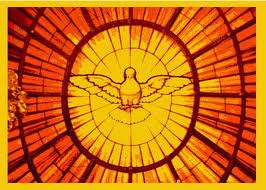 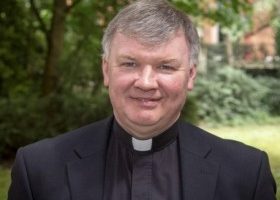 Statement from Bishop Alan McGuckian, SJ on the appointment of Fr Niall Coll as Bishop of Ossory. Fr…

Review of safeguarding practice in the Diocese